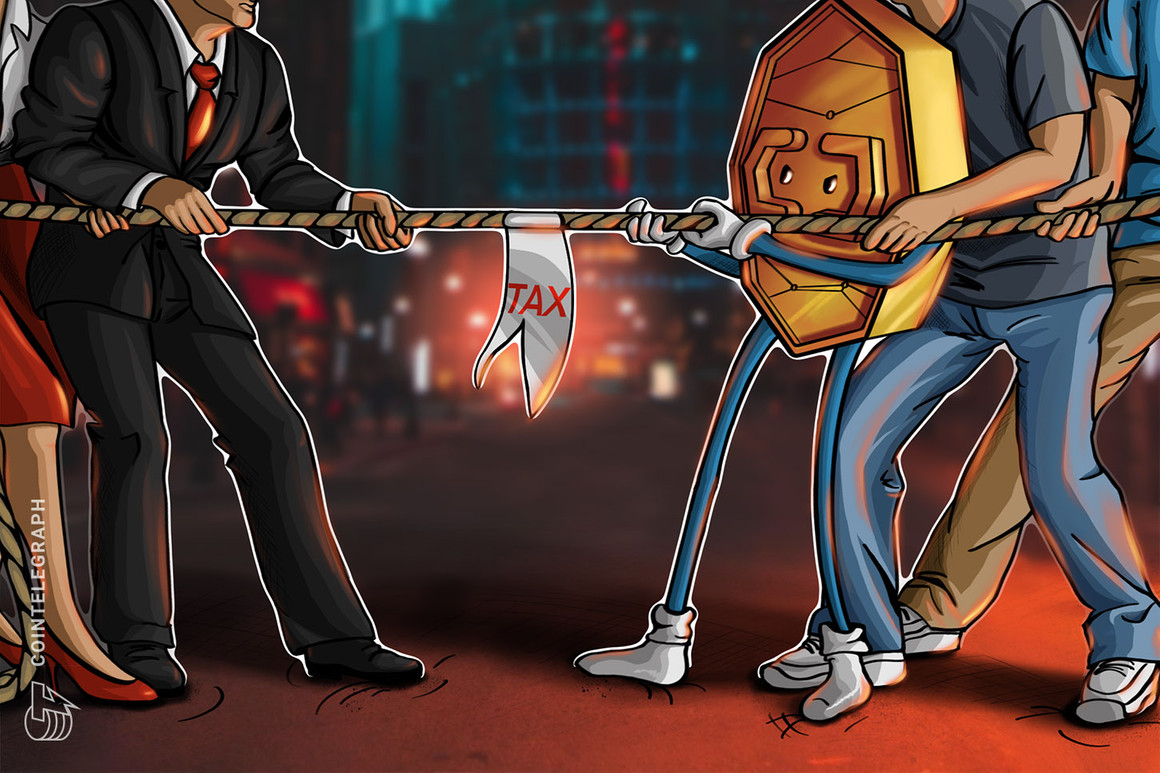 It was a topsy turvy week — “staggering,” a crypto veteran called it. One that saw United States Senator Ted Cruz and Senator Ron Wyden collaborate on behalf of the cryptocurrency and blockchain industry — albeit, in a lost cause. These events could eventually pave the way for future regulatory success, though it may not seem that way now.

To recap: The Biden Administration’s $1.2 trillion infrastructure bill was supposed to be all about roads and bridges but as the Senate vote approached, it also became about cryptocurrency taxation. Thanks to a last-minute provision added to the bill, which some crypto advocates warned could have dire consequences, the changes could drive BTC miners out of the U.S. and thwart future blockchain development.

“It will be a stunning loss for America and our ability to remain the innovation epicenter of the world,” warned venture capital firm Andreessen Horowitz.

A last-gasp compromise was reached with senators from both parties participating which briefly raised hopes, but any late changes to the bill required unanimous consent on the Senate floor. Alabama’s Richard Shelby scotched the effort, reportedly because it didn’t include his amendment for $50 billion in military spending — entirely unrelated to crypto taxation.

Thus, the infrastructure bill passed the Senate Tuesday with its proposal to generate $28 billion in tax revenues from crypto transactions largely intact, along with a definition of “brokers” subject to reporting regulations so broad that it could (potentially) include crypto miners, software developers, node validators and even those creating nonfungible tokens, or NFTs.

All is not lost

Upon further reflection, the sky may not be falling. The legislation will now move to the U.S. House of Representatives which will have its own priorities and modifications, and the timeline for implementation is still some two-and-a-half years away, so anything can happen. There might even be some long-term advantages for the crypto sector that will come from that week’s tumultuous events.

“The developments over the past week were massively positive,” Peter Hans, managing director at digital asset management firm Arca, told Cointelegraph, adding: “This is now firmly on the radar of Congress, which means they are starting to learn beyond the tired narratives of energy efficiency and ransomware payments.”

The industry still has to be on its guard, however, because the language in the bill is “broad enough to have the potential to be significantly damaging,” according to Matt Hougan, chief investment officer at crypto index fund provider Bitwise, told Cointelegraph. Even if is does not necessarily “guarantee a dire outcome,” he went on to add:

“Parts are vague and the worst ramifications are unlikely to hold up in court. But, interpreted in certain ways, it could indeed have significant consequences, stifle innovation and limit the growth of the industry in the U.S.”

“A lot is at stake,” as Rocco Marchiori, a certified public accountant and vice president of risk management at Blockware Mining, told Cointelegraph. “Everyone working in this space wants clarity,” especially “a clear definition of a broker,” because brokers under the law will have reporting requirements that go beyond what is demanded of traditional brokers. The Coinbases of the world are prepared to file 1099 tax forms as required, said Marchiori, but not developers or transaction validators.

“Yes, the bill has already passed the Senate with the initial, very vague language and is on the way to the House,” Hans said, but the House will make adjustments and then a reconciliation process takes place with the Senate, “so nothing is final.” Either way, added Hans:

“[Senator Robert] Portman was clear in the intention of the language, as was [U.S.] Treasury [Department], so the implementation of the end language has almost no chance to be the draconian descriptions that you are seeing in the media.”

“Nothing will be implemented until the end of 2023,” according to Zachary Kelman, managing partner at Kelman PLLC and general counsel at Cointelegraph. Furthermore, he is doubtful that the troublesome language and flawed definitions will make it that far.

Grassroots effort “took everyone by surprise”

Despite the setback on the Senate floor, the crypto industry may not have come away empty handed. “It’s not a completely wasted effort,” said Winston Ma, adjunct professor at New York University School of Law and author of The Digital War: How China’s Tech Power Shapes the Future of AI, Blockchain and Cyberspace, told Cointelegraph. “The crypto industry’s arguments reflected in the legislative record could influence the IRS’s interpretation when the agency writes detailed guidance and implementation rules.”

The week had its share of oddities, too, including the spectacle of U.S. senators crossing party lines to forge a compromise on the bill’s cryptocurrency tax provisions, a rare sight these days. “Ultimately, U.S. regulators want sensible protections in place that foster innovation and growth. In order for real institutional investment, we need to see regulatory clarity, and this is the first step,” said Hans.

“The fact that a debate around crypto held up a $1 trillion bipartisan infrastructure bill is proof positive that there is a growing recognition of the importance of this industry to America’s future,” added Hougan, continuing: “The fact that the crypto industry was able to rally so quickly and massively to influence the political agenda says great things about the future.”

It was shown this past week that “this is a global group, and we cooperate quickly and effectively,” said Marchiori, while Hans added that the mobilization of the crypto sector and its lobbying thrust “was grassroots, and it took everyone by surprise.”

“Yes, there was hyperbole, as there always is in politics and lobbying,” continued Hans, “but this can serve as a catalyst to strengthen the lobbying efforts in DC. It also served as the catalyst to make politicians aware that they have constituents who care deeply about the asset class, and it is totally non-partisan. I honestly see no real negatives.”

“The crypto community is coming into its own” as a political factor, commented Kelman, and it wasn’t lost on any number of U.S. senators, either, that they might now draw considerable social media attention to themselves if they take a stand — or even just comment — on crypto and blockchain developments. “When’s the last time any Republican got positive attention on Twitter,” said Kelman, adding that Ted Cruz became practically a Twitter Crypto hero for the week.

The Senate is on the verge of passing legislation that would be TERRIBLE for cryptocurrency.

The infrastructure deal contains DANGEROUS provisions that would devastate crypto and blockchain innovation.

Supporters of crypto need to make their voices heard. https://t.co/iXrcnne0tV

Marchiori said that the crypto sideshow might have even been a sort of teaching moment for the nation’s top legislators. “It was for us too. We don’t usually get involved in politics. It was encouraging to see senators interested in what we’re doing. Also, it was bi-partisan in nature.”

It’s easy to lose sight of the fact, too, that the infrastructure bill contains provisions that are critical for American society — which includes, of course, a significant portion of the crypto and blockchain community. As John Wu, president of blockchain developer Ava Labs, said in a statement made available to Cointelegraph: “The infrastructure bill is bigger than crypto and DeFi. As controversial as this tax-reporting measure has been, it’s still in the industry’s best interests to support a sensible infrastructure bill that will improve the physical and digital world for everyone in the US.”

Moreover, this is arguably just a single skirmish in one theater of a larger conflict. “The battle lines are just beginning to be drawn in the war over how cryptocurrency will — or will not — be regulated,” Ma told Cointelegraph, adding:

“Surely, you will see the crypto industry using its proven power to fight another day — on increased securities law scrutiny from the SEC as well as other challenges to its industry.”

Overall, “Crypto and blockchain technology is at a significant moment, transitioning from proof-of-concept to a phase of mass adoption,” Hougan told Cointelegraph. “It’s precisely during this phase when regulators typically take notice of disruptive industries, and precisely during this phase where progressive regulation can unlock significant new economic growth and benefits for society.”

“This is a critical moment for the crypto industry,” agreed Ma: “Succeeding or failing to persuade lawmakers now will determine whether regulation allows the digital gold rush to accelerate or slows it to a sputter.” Hougan concluded: “The past week has been pretty staggering,” while also adding:

“Two years ago, people were talking about crypto as tulip bulbs. Two days ago, multiple U.S. Senators were debating the intricacies of proof-of-work vs. proof-of-stake consensus mechanisms. To say we’ve come a long way is an understatement.”

BTC115: Bitcoin & The Creator Economy w/ Justin Rezvani
MOST BITCOIN INVESTORS ARE NOT PREPARED FOR THIS BITCOIN MOVE
“Bitcoin to $1.48 Million Dollars At THIS Date” Cathie Wood Big Ideas 2023 Crypto Predictions
INSANE Reason why Bitcoin will hit $1,000,000!!! What about ETH? 🚀
Ark Invest: Crypto Prices To 25X 😳 – Here’s Why!