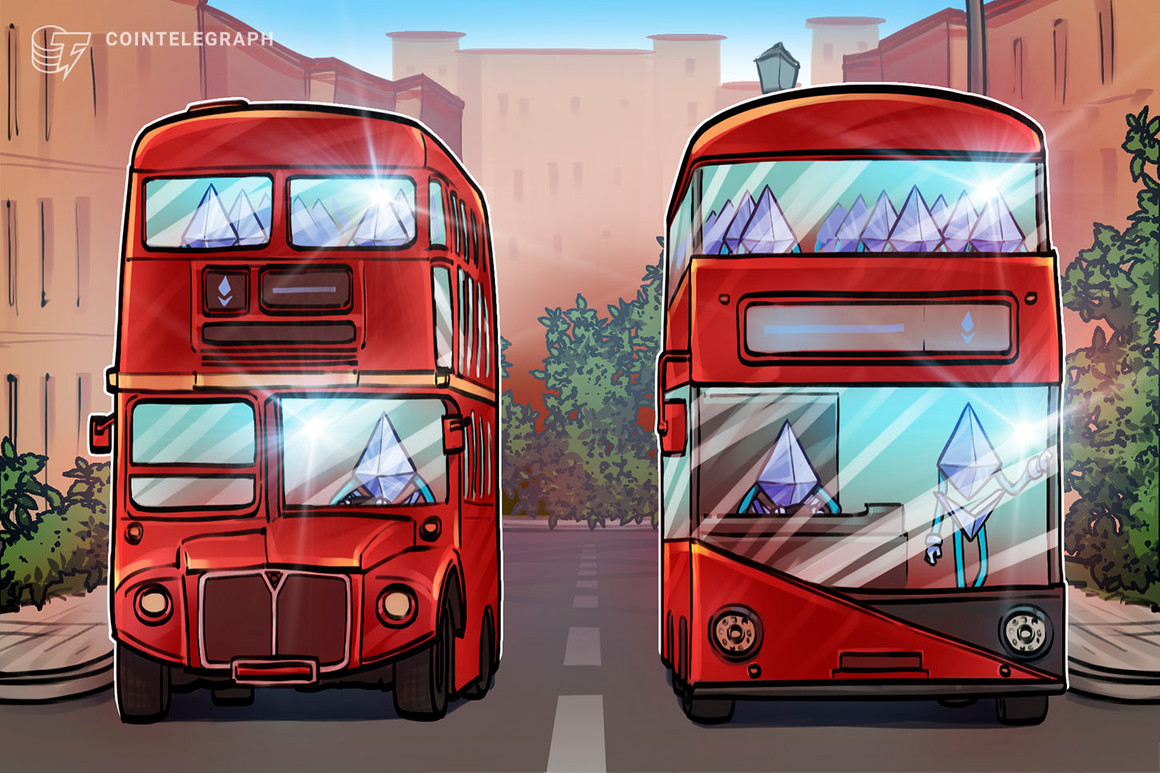 London comes with five Ethereum Improvement Protocols (EIP), with EIP-1559 garnering the most attention due to the impact on transaction fees and miner revenue, which initially caused miners to push back, raising concerns over the protocol consensus and a potential chain split.

EIP-1559 was originally proposed in April 2019 and underwent testing back in June prior to the launch. What’s most pressing about EIP-1559 is that it’s primarily geared toward improving Ethereum’s transaction payment system. Before the upgrade, most users faced uncertainty, as Ethereum network transaction fees can be volatile and potentially spike to hundreds of dollars per transaction. EIP-1559 is unlikely to substantially decrease transaction costs, as it’s more of a scalability issue. However, it aims to reduce transaction fee volatility and delays.

The upgrade introduces a fixed-price sale mechanism with a base fee and tip rather than a single gas fee. Miners receive the total transaction fee minus the base fee, which is burned. This base fee is a known value calculated for each block and adjusts according to a target block size. Users can also send an additional tip to miners on top of the base fee to prioritize their transactions.

Miners’ incentives remain unchanged as the most expensive transactions are selected first to fill blocks. However, sender strategies are now clearer than under first-price blind auctions. Rather than guessing fees based on recent transactions, users can refer to the base fee metric directly and add their tip.

With all these changes, one of the burning questions in the community is if the activation of EIP-1559 will render Ether (ETH) more deflationary? Ether does not have a hard supply limit like Bitcoin but rather has ongoing inflation capped at 18 million ETH per year, which is used to reward miners.

However, there are deflationary forces on Ether’s supply as well. Firstly, the liquidity locked in decentralized finance, around $155 billion at the time of writing, cuts down the tradable supply. Secondly, there is an ongoing rate of lost or irrecoverable Ether. Finally, there is the new EIP-1559 protocol.

Since London went live, a total of 26,965.9 Ether was burned, according to Etherchain.org. At Ether’s current price, that translates to about $86 million worth of ETH. In the six-day period after the hard fork, the new ETH supply from block rewards was reduced by roughly 33% per day due to burning fees.

EIP-1559 has increased deflation in Ethereum, but it is still an overall inflationary asset. To get a gauge of how burning base fees impact Ether’s circulating supply, the report compares last year’s data to create a hypothetical scenario where the London hard fork was activated in 2020. The calculation implies the present burn rate of 3.81 Ether per minute, which assumes that everything remains constant.

Download the 28th issue of Cointelegraph Consulting Bi-weekly Newsletter in full, complete with charts, market signals, as well as news and overviews of fundraising events.

This resulted in a burned supply of 3 million Ether, approximately 17% of the total inflation per year. This is a significant reduction in inflation, which is projected to increase the scarcity of Ether in the long term.

At the current market price, this equates to approximately $10 billion worth of Ether burned since January 2020. Given the current $378-billion market cap of Ether, this is a sizable 3% of Ether’s supply value removed from circulation.

Cointelegraph’s Market Insights Newsletter shares our knowledge on the fundamentals that move the digital asset market. The newsletter dives into the latest data on social media sentiment, on-chain metrics and derivatives.

We also review the industry’s most important news, including mergers and acquisitions, changes in the regulatory landscape, and enterprise blockchain integrations. Sign up now to be the first to receive these insights. All past editions of Market Insights are also available on Cointelegraph.com.