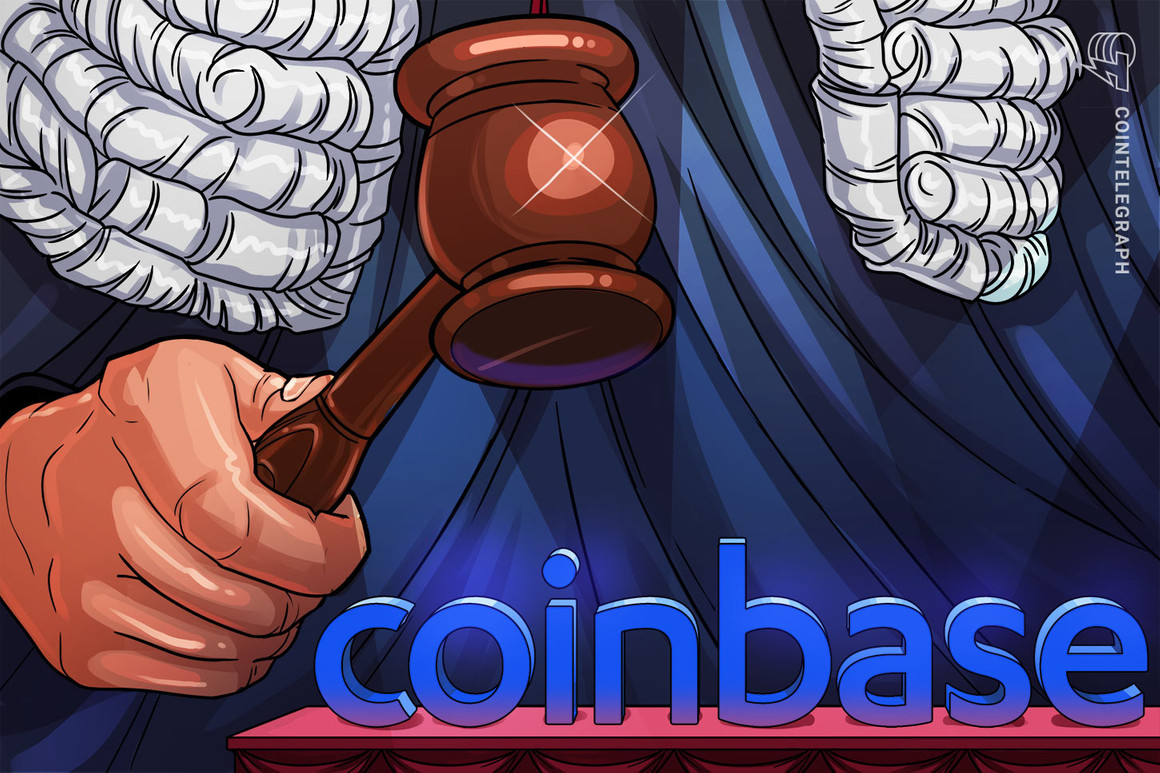 Crypto lending products have come under scrutiny from security regulators in some jurisdictions across the United States. While these enforcement actions have come from agencies at the state level, there have been indications that the Securities and Exchange Commission (SEC) was also set to go on the offensive.

Thus, it was perhaps unsurprising to see the SEC ask Coinbase to halt its proposed crypto lending program titled “Lend.” Coinbase CEO Brian Armstrong took to Twitter to express dissatisfaction with the SEC’s behavior, stating that the Commission was not forthcoming with useful guidance despite public assurances to the contrary.

Critics of the SEC’s enforcement actions directed at the U.S. crypto space warn that America risks falling behind in the emerging digital economy if suitable regulatory sandboxes are not created. However, the SEC has maintained that the size and growth potential of the cryptocurrency space makes it necessary for the industry to operate within the ambit of existing laws and guidelines.

Lending is a security

As previously reported by Cointelegraph, the SEC recently threatened Coinbase with legal action if the exchange giant brings its crypto lending product to market. According to Armstrong, the Wells notice — a letter that the regulator sends to firms it intends to bring a lawsuit against — came as a surprise to the company given its attempts to iron out any regulatory wrinkles with the SEC before its launch announcement.

Indeed, the Coinbase CEO stated that Coinbase was looking to introduce its Lend product to customers “in a few weeks.” However, the latest from the SEC might see the company delaying the planned launch at least for now.

As part of the Twitter thread, Armstrong countered the SEC’s argument that lending is a security. However, America’s established securities law classifies lending as a security with some notable exceptions, for example, banks.

According to the Coinbase CEO, the SEC says that the company’s Lend product is a security because it behaves like an “investment contract,” i.e., it is an investment of money (in this case, customer’s crypto deposits) in a common enterprise with a reasonable expectation of profit (yield) that is derived from the efforts of others. As such, Coinbase cannot launch its crypto lending product without due approval from the SEC.

However, Coinbase has countered this position by stating that Lend does not constitute an investment contract. Instead, the company’s customers are lending the USD Coin (USDC) in their accounts in the course of an already existing relationship with Coinbase. The company also stated that it is obligatory to pay interest to its Lend customers regardless of the success of its broader operations and business activities.

Part of the confusion surrounding the SEC’s interpretation of decades-old security regulations to a crypto lending program likely stems from the Commission’s apparent lack of transparency in stating how it plans to evaluate such products within the framework of the Howey and Reves Test, which determines a definition of an investment contract. Armstrong also alluded to this vagueness in his complaint about the Commission’s behavior towards the company.

In a conversation with Cointelegraph, former SEC enforcement officer Marc Powers highlighted the many nuances involved in adapting U.S. regulatory provisions to both centralized and decentralized exchanges, especially in markets like crypto lending and staking.

According to Powers, with crypto entities like Coinbase not being registered as broker-dealers with the SEC, the Commission will need to decide if a crypto lending product qualifies as a security even if the company’s cryptocurrency listing catalog does not include any security tokens.

Detailing the many points to consider, Powers remarked: “A ‘security’ by definition not only includes ‘investment contracts,’ as interpreted by the Supreme Court in the Howey case but also ‘participation in any profit-sharing arrangement,’ adding:

“It depends, are the proposed coins which will be available on the Coinbase platform going to be pooled in a way with the profits from the daily lending activity divided among all those who loaned coins? If so, maybe there is a need for registration of the proposed program as a ‘securities’ offering and then, too, the exchange as it is offering the purchase and sale of ‘securities.’ As an ‘exchange’ is a ‘facility bringing together purchasers and sellers of securities.’”

While it is perhaps correct to state that Coinbase’s argument about lending not being a security is incorrect as far as U.S. securities law is concerned, alarms have also been raised about the SEC’s conduct in the matter. Apart from the threat of legal action, a move seemingly out of left field from the Commission’s usual approach to enforcement, the SEC also asked Coinbase to provide customer details from its Lend waitlist.

Some critics of the SEC said that the request was egregious in many respects and, apart from being a privacy violation, also speaks to the anti-crypto sentiment seemingly prevalent among several key figures in Washington. Indeed, a prevailing argument among some anti-crypto policymakers in the U.S. is that less than stringent cryptocurrency regulations will result in digital assets creating a vibrant shadowed banking industry that will be put to nefarious use.

These assertions about crypto criminality fly in the face of established investigative and forensics analysis of cryptocurrency transactions, showing only a minute proportion of the overall volume being linked to illicit activities. Also, crypto is used far less with criminal intent when compared with traditional financial methods.

The SEC asking for the names and contact information of Coinbase customers interested in a crypto lending product is a development that continues to draw criticism from the cryptocurrency space. Given that the illegality of cryptocurrency lending is yet to be established by any court of competent jurisdiction, some crypto figures have expressed their discontent about the request.

Part of the alarms being raised is that the request likely points to a concerted effort towards tax surveillance of the crypto population, especially in the United States. The move also echoes the ill feelings that arose when the Treasury Department sought to track self-hosted cryptocurrency wallets toward the end of 2020.

Chairman of the SEC Gary Gensler has already spoken copiously about the Commission’s intention to enact robust laws to govern America’s crypto space. Earlier in August, the SEC chief highlighted that the regulatory policing will also include the decentralized finance (DeFi) space as well as stablecoins and crypto lending.

Earlier in September, reports emerged that the SEC was looking into Uniswap, the largest decentralized exchange in the crypto market. Gensler has also previously argued that some DeFi protocols were highly centralized.

A significant portion of Armstrong’s complaints in the aforementioned Twitter thread was the apparent unwillingness of the SEC to parley with the company over its crypto lending program. The Commission could have a reason for not being forthcoming with information related to cryptocurrency lending products and this stance could be related to upcoming enforcement actions against the interests of BlockFi.

Over the summer months, crypto lending outfitBlockFi received a few cease and desist orders from state securities regulators including New Jersey and Alabama. At the time, Cointelegraph reported that the raft of regulatory pressure on BlockFi from state agencies could be a bellwether for possible federal regulations against not only BlockFi but other crypto lending participants.

If the SEC is preparing to go after BlockFi and other players in the crypto lending scene then perhaps responding to Coinbase’s request for guidance might have constituted revealing its enforcement playbook prematurely. According to Powers, however, the likelihood of a pending SEC action against BlockFi might not be the reason for the Commission’s vagueness, as reported by Coinbase.

“While it might be helpful for the SEC to provide advisery guidance to companies, it has no obligation to do so,” the adjunct professor at Florida International University College of Law told Cointelegraph. Commenting on the SEC’s reticence in providing broader guidance on crypto lending, Powers stated:

“Part of the hesitancy of the SEC providing broad pronouncements on crypto lending may lie in the variety of the platforms doing so, whether ‘securities’ are involved in an intensive facts and circumstances inquiry.”

Crypto lending is popular for a variety of reasons even beyond the attractive interest rates offered by the likes of BlockFi. For one, such companies enable people to take loans of up to 50% of the value of their cryptocurrency holdings without having to liquidate their crypto assets. So, instead of incurring the tax bill from selling cryptocurrency, customers and even institutions can access cash using their crypto as collateral.

The SEC’s threat of legal action against Coinbase provides perhaps the first real indication that federal authorities are preparing to go after crypto lending. Such enforcement action may also include policies aimed at stablecoins as well.

Crypto proponents continue to warn that stringent regulatory provisions will only serve to force innovation outside of the United States.

BTC115: Bitcoin & The Creator Economy w/ Justin Rezvani
INSANE Reason why Bitcoin will hit $1,000,000!!! What about ETH? 🚀
“Bitcoin to $1.48 Million Dollars At THIS Date” Cathie Wood Big Ideas 2023 Crypto Predictions
MOST BITCOIN INVESTORS ARE NOT PREPARED FOR THIS BITCOIN MOVE
Ark Invest: Crypto Prices To 25X 😳 – Here’s Why!