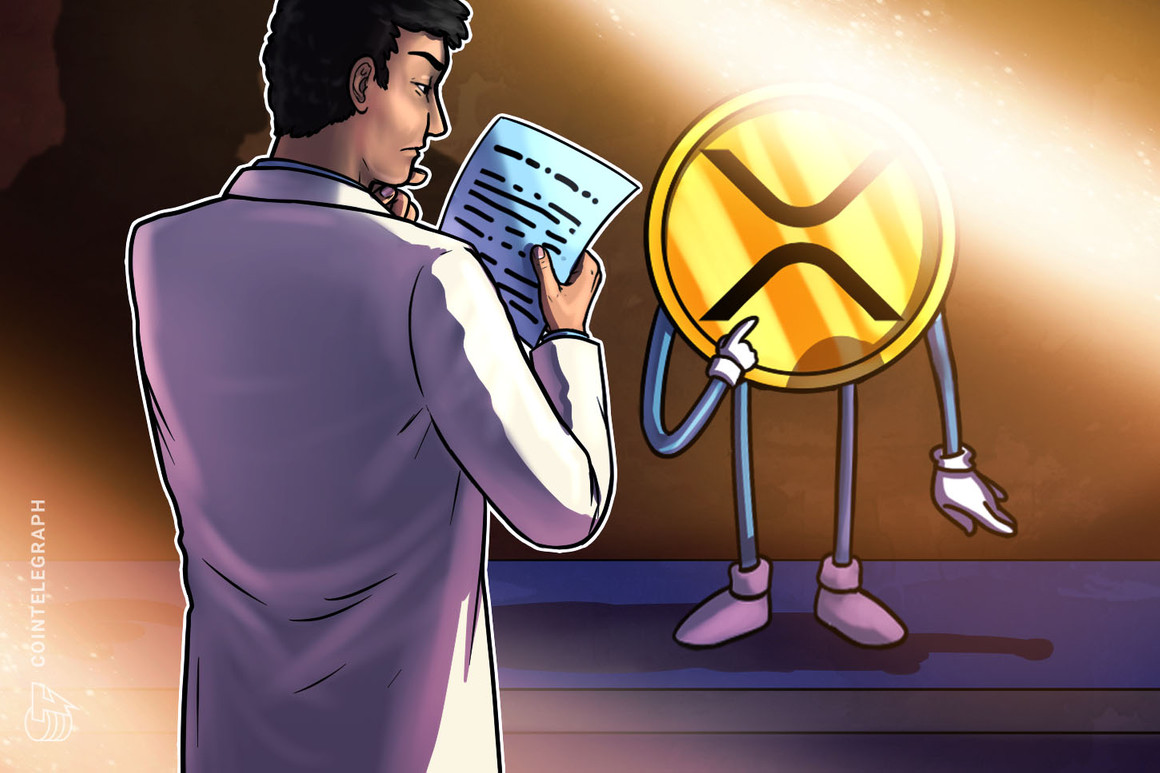 Ripple’s (XRP) rallied 72% from Aug. 7 to Aug. 14 but since then, every attempt to break out of the descending channel has been quickly suppressed. The past ten days have been no different, with the XRP price correcting by 15%.

The platform was first launched in 2012 and Ripple is a distributed open-source protocol and remittance system created by United States-based Ripple Labs. The company provides cross-border payment solutions through domestic partnerships or by offering RippleNet services.

At one point, XRP price was trading above $2, but the ongoing multi-year lawsuit between Ripple and the U.S. Securities and Exchange Commission (SEC) is one factor that has placed persistent downward pressure on both its price and investors’ appetites.

The lawsuit began in December 2020 when the SEC alleged that CEO Brad Garlinghouse and co-founder Chris Larsen had been conducting an “unregistered, ongoing digital asset securities offering” with their XRP token sales.

As a result, XRP faced delistings across many leading cryptocurrency exchanges in the U.S., including Binance.US, Coinbase and Bitstamp.

The most recent pump in early September could have been caused by the plans of Japanese financial conglomerate SBI Holdings to set up a cryptocurrency fund. Tomoya Asakura, a director and senior managing executive officer at SBI, said the company could see the fund growing to several hundred million dollars.

To understand how whales and arbitrage desks are positioned, one should analyze the quarterly futures contracts premium (basis rate). In the fixed-month contracts, eventual demand imbalances are reflected by a price difference versus regular spot markets.

Healthy derivatives markets should display a 5% to 15% premium because traders are requesting more money to postpone the settlement. A low or negative basis rate is a bearish indicator and it signals that investors are uncomfortable creating long positions using leverage.

Notice how the December futures contract premium at Binance peaked above 5% on Sept. 6 as traders were hyped by the potential $1.40 breakout. That premium was equivalent to 17% per year and signaled excessive leverage from longs (buyers).

The recent XRP price correction eased the market expectations and the current 1.9% price gap for a three-month period is equivalent to 7.8% per year, a neutral indicator.

On the other hand, retail traders’ preferred derivatives instrument is the perpetual futures because its price usually tracks the regular spot markets perfectly. There is also no need to manually roll over contracts nearing expiry as required on quarterly futures.

In any futures contract, trade longs (buyers) and shorts (sellers) are matched at all times, but their leverage varies. Consequently, exchanges will charge whichever side is using more leverage at a funding rate to balance their risk, and this fee is paid to the opposing side.

Neutral markets tend to display a 0%–0.03% positive funding rate, equivalent to 0.6% per week, indicating that longs are the ones paying.

Data reveals an excitement period from leverage longs that lasted from Aug. 8 to Sept. 7, with average eight-hour fees peaking at 0.10%. This number is equivalent to 2.1% per week, which isn’t sustainable for more extended periods.

Both retail-oriented perpetual and pro traders’ quarterly contracts show absolutely no sign of bearishness, which should be interpreted as a positive, considering the 15% negative performance over the past ten days.

Total crypto market cap rises above $1T, and data suggests more upside is in store
What is the Bitcoin Loophole, and how does it work?
NFT creator: Amber Vittoria crushes it in her ‘Big Girl Pants’
UK’s FCA hints at why its given only 15% of crypto firms the regulatory nod
The legal dangers of getting involved with DAOs