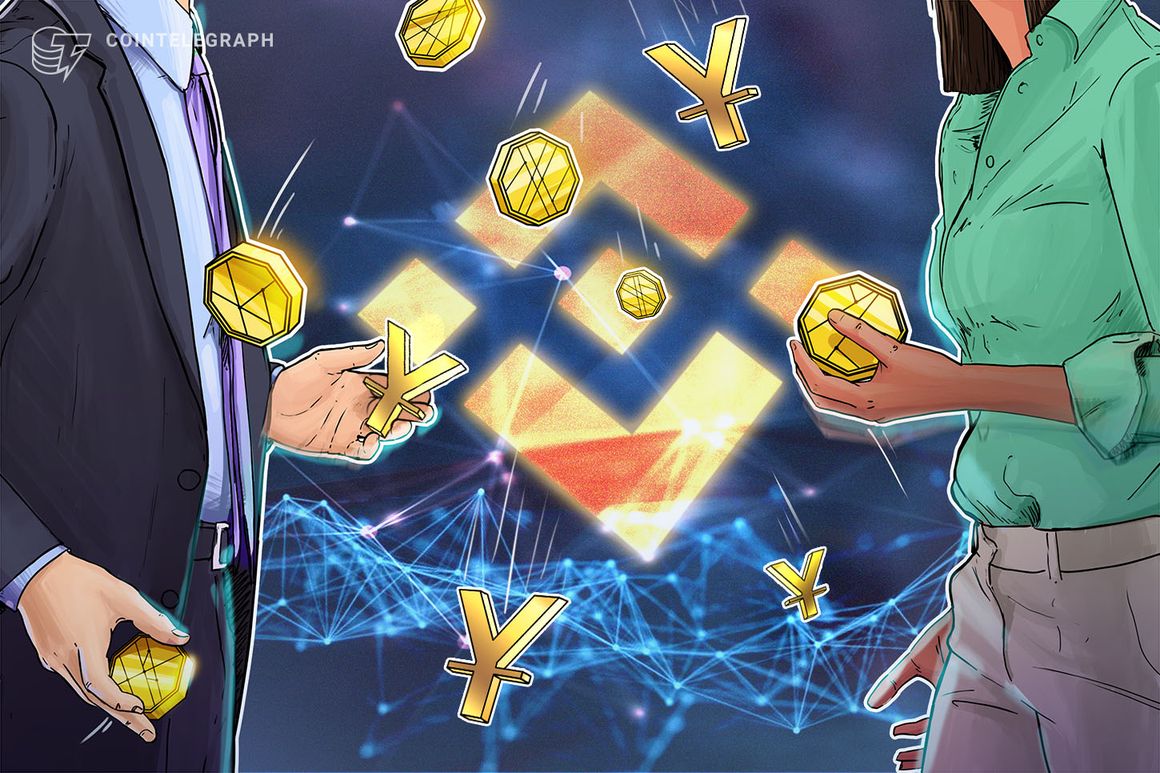 Binance crypto exchange officially announced on Oct. 13 that the company will delist the Chinese yuan (CNY) from its peer-to-peer trading platform on Dec. 31.

Alongside terminating yuan trading pairs, Binance will continue further restricting access to its platform by users from mainland China, introducing new measures for accounts found to be linked to the region. Binance will specifically limit such accounts to “withdrawal only” mode, limiting transactions to withdrawals, redeeming and closing positions.

Binance emphasized that the company “withdrew from the Chinese mainland market in 2017” and has not been engaged in exchange business in the region since. The exchange says that China-based users have not been able to access Binance since the exit.

Despite exiting the Chinese market back in 2017, Binance cryptocurrency exchange has not yet suspended trades involving the Chinese national currency from its platform.

“Binance does not have any active exchange operations in China. We can also confirm that mobile phone registrations are blocked and the Binance app is not available for download by China-based consumers,” a Binance spokesperson told Cointelegraph.

“We have also taken the added step to delist CNY trading pairs and restrict services on Binance P2P to any China-based users,” the representative added.

The news comes weeks after the Chinese government announced another major crypto ban in late September, with multiple state authorities uniting forces to combat crypto adoption in the country. A number of major crypto firms have been forced to relocate or redirect some of their services.

Huobi, one of the world’s largest crypto exchanges, is one company whose revenue is likely to be affected by the new Chinese ban.

“Due to historical reasons, we do have a certain proportion of our user base in mainland China. Retiring mainland Chinese user accounts will have a certain impact on the company’s revenue in the short term,” a spokesperson for Huobi told Cointelegraph on Sept. 28.

“Huobi’s diversified businesses outside of China have reached nearly 70% in terms of trading volumes,” the representative added.

“Bitcoin to $1.48 Million Dollars At THIS Date” Cathie Wood Big Ideas 2023 Crypto Predictions
MOST BITCOIN INVESTORS ARE NOT PREPARED FOR THIS BITCOIN MOVE
BTC115: Bitcoin & The Creator Economy w/ Justin Rezvani
INSANE Reason why Bitcoin will hit $1,000,000!!! What about ETH? 🚀
🚨 How To Make 1000% PROFIT on CRYPTO in 2023??? (SECRET STRATEGY OF THE RICH!)