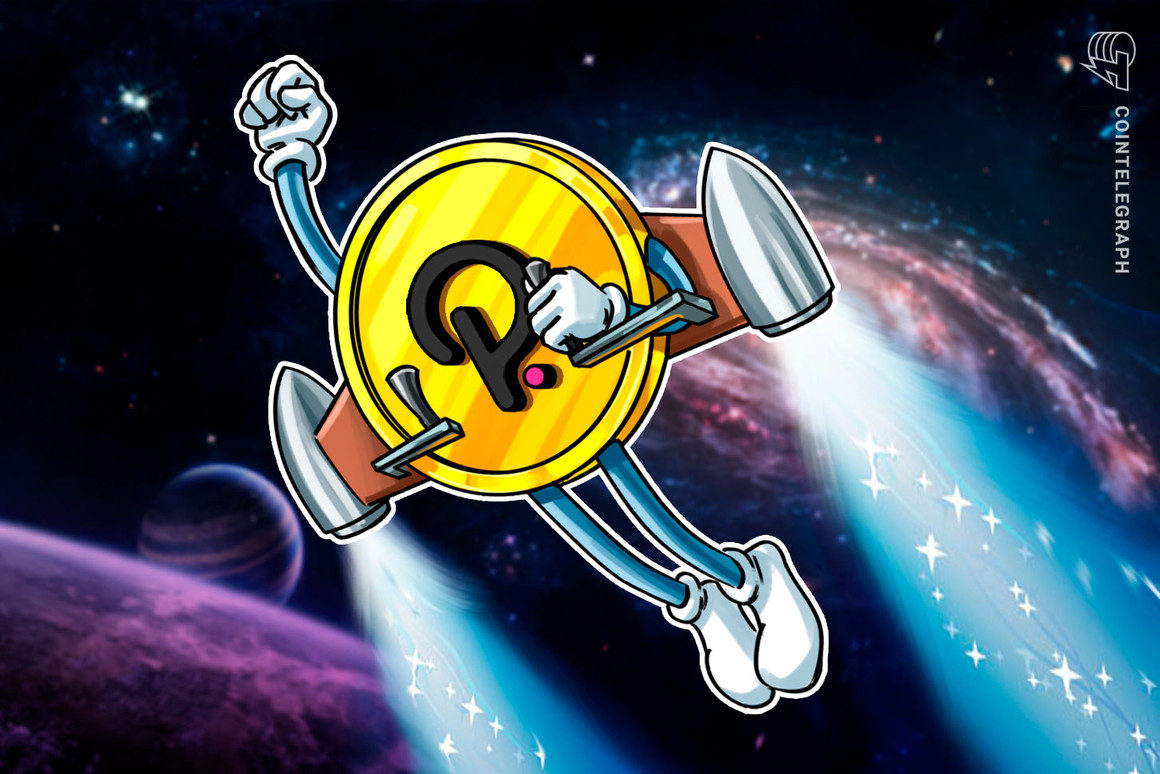 Polkadot (DOT) chart technicals suggest it may rally to a new record high near $75 if DOT can manage to close above its $41–$43 range decisively.

That’s according to a classic bullish reversal setup known as an inverse head and shoulders (H&S) that forms when the price undergoes three selloffs during a period of market consolidation.

Specifically, the pattern contains an initial selloff, followed by a short-term price rally and another — deeper — selloff. That leads to one more small correction to the upside, followed by another selloff that bottoms out near/at the lowest level of the first selloff.

The first and last selloffs represent “left” and “right” shoulders, respectively, while the second selloff represents the “head.” On the other hand, the level around which all the short-lived rallies top out represents the “neckline” of the head and shoulders pattern.

Traditional analysts typically calculate the H&S upside target from the neckline resistance by measuring the maximum distance between it and the head formation.

So, it appears that Polkadot has been forming a similar bullish pattern on its weekly chart, as shown below.

The maximum distance between DOT’s neckline and the head’s bottom comes out to be nearly $31. Therefore, a successful bullish breakout above the neckline range of $41–$43 puts the next long-term target at approximately $75.

The inverse H&S pattern emerged as DOT rallied by almost 30% this past week to reach a five-month high at around $44. At the core of its weekly uptrend was a price boom across the crypto market, as well as the news of Polkadot’s first parachain auctions going live on Nov. 11.

In detail, Polkadot’s parachains are parallelized, application-specific chains — child ledgers tethered to a single parent ledger called the Relay Chain. Due to their parallel nature, parachains tend to process multiple transactions simultaneously and maintain and record their data on the main ledger by communicating with other chains.

That comes as a break from the method of queuing transactions and processing them sequentially.

5 years after the vision of a heterogeneous multichain framework was first outlined in the Polkadot Whitepaper, parachains are now ready to launch on Polkadot. Motion 118, to schedule the first auctions, has passed council & now gone to public referendum.https://t.co/8pt3aT4vO3

DOT, which serves as a utility token for fees, governance, interoperability and bonding inside the Polkadot ecosystem, rallied by more than 24% after the parachain auction announcement.